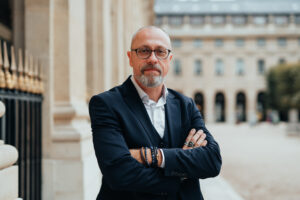 Emmanuel R. Goffi is a philosopher of artificial intelligence. He is co-Founder|co-Director, of the Global AI Ethics Institute, Paris, France

He is also a research fellow with the Centre for Defence and Security Studies at the University of Manitoba, in Winnipeg, Canada.

Emmanuel Goffi is the author and the co-editor of several books and has written numerous articles and book chapters in French and English. He is regularly invited to give talks and lectures, and to participate in expert meetings in France and abroad.

He currently works on the development of artificial intelligence and its ethical implications.